CryoSlimming Fat Reduction vs CoolSculpting: Which is Better for You?

If you’re looking for a non-invasive, safe fat removal treatment, you’ve probably asked yourself whether CryoSlimming or CoolSculpting is the best choice for you. You’ll find you’re one of many asking that very same question. Let’s take a close look at each and compare.

Both treatments target specific areas of the body to treat fat using cold temperatures, but CryoSlimming has some significant advantages over CoolSculpting.

What is CryoSlimming and How does it Work?

CryoSlimming is a Fat-Reduction treatment that can safely, gently and effectively target and eliminate fat in areas such as the abdomen, thighs, hips, back, chin and arms. This procedure DOES NOT Freeze Fat Cells like CoolSculpting.  CryoSlimming is a painless and more natural elimination treatment of Unwanted Fat.

The CryoSlimming Treatment utilizes static heads resembling hockey pucks that are placed on the body and held in place by a hook that clips the heads onto a belt. A special gel is placed between the static heads and the skin ensuring that only the fat cells below the surface of the skin will be treated and not the skin itself. Anything below the layer of fat cells will also be protected from overcooling by sensors that regulate temperatures constantly throughout the treatment and ONLY affecting fat cells. The fat cells become crystallized INSTEAD of frozen (as is the case of CoolSculpting), providing a much more gentle, painless, and yet effective way to treat unwanted fat. A session is about 45 minutes and many people fall asleep during the treatment. There is no pain, bruising or swelling after a CryoSlimming session.

The affected crystallized fat cells then begin to die within a few days after a treatment session and are eliminated from the body by the lymphatic system which is carried out through the urine. This natural elimination process can take up to two weeks after a session and subsequently treatments are scheduled two weeks apart for this reason. People typically see from a quarter of an inch to four inches of reduction with each session. Since this is a safe and gradual process, generally five to ten treatments are recommended depending on the amount of fat and other indications of each individual. A CryoSlimming Treatment generally costs $350 for a single session and as low as $2750 in total for a package of 10 sessions. Results include a more sculpted body and often a reduction in clothing sizes.

What is CoolSculpting and how does it work?

CoolSculpting is also a fat reduction treatment like CrySlimming, however CoolSculpting is a far more aggressive approach. With CoolSculpting, a device is placed on the surface of the body that uses suction to draw the skin and fat into the machine in multiple areas where it is held until it actually FREEZES. Many people report this part of the treatment to be very uncomfortable and often painful. Sessions can be from one to three hours and post treatment side effects are redness, bruising, pain, inflammation and occasionally long term numbing and pain that can last up to weeks and even months. The cost of CoolSculpting for an abdomen (for instance) is about $2500 to $4000 per session.

Both CryoSlimming and CoolSculpting are effective ways of reducing fat on the body, however, people find CryoSlimming to be more comfortable, less expensive, less aggressive and with no  downtime compared to CoolSculpting.

If you are looking for a professional, safe and effective treatment to reduce unwanted fat, we proudly offer CryoSlimming Treatments here at Impruv-U MedSpa in beautiful downtown Boca Raton, Florida. We are a fully licensed facility with a fully licensed and certified, experienced and friendly staff eager to help you reach your optimum goals. 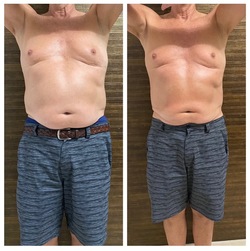 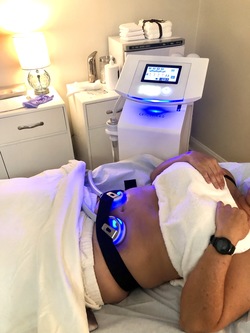 Call today for your FREE CONSULTATION to speak with a specialist who will help you safely achieve your desired results. 561-757-5814

Popular tags on this blog